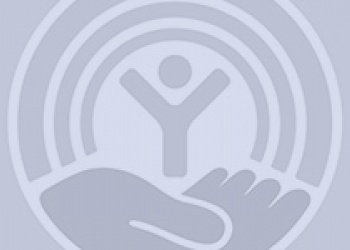 Advocate – a Program that Provides Free Advertising Services to Nonprofits

A group of advertising and media professionals have created an opportunity for nonprofits - They will pick one nonprofit a year and provide the creative and the media time to promote that organization for a full year. This is a significant opportunity with significant value. If you have always wanted professional assistance in this area... Read Article

The Colours of the Holocaust Worldwide Premier of Film

FOR IMMEDIATE RELEASE: Albuquerque, NM, January 4, 2010 – The worldwide premier of a new film marking the 65th anniversary of the liberation of Auschwitz will be shown at the El Rey Theater, 620 Central Ave. SW, on Wednesday, January 27, 2010 at 7:00 p.m.... Read Article

What are your questons for Rep. Martin Heinrich (D-NM)?

I'm writing to you on behalf of my client, Capitol News Connection (CNC), which is a nonprofit and nonpartisan news agency that covers the U.S. Congress. (You can find addional information about it here: .)

East Hartford, CT - Everyday Democracy is seeking proposals by Feb. 15 for its “Strong Starts for Children” initiative in New Mexico.

The initiative will help up to five New Mexico communities find ways for all kinds of people to think, talk and work together on issues related to the success of all children from birth to eight. Everyday Democracy will help these communities... Read Article

Thank you to the 220 people who completed the Center for Nonprofit Excellence training survey by December 14th.  All of you were entered into our drawing for free trainings.  We are pleased to announce that Laura Bonar with Animal Protection of New Mexico has won free trainings for a year.  Other prize winners include Linda Off, Santa Fe Indian... Read Article

Frontera Asset Building Network has a limited number of small grants to award for outreach to ensure a... Read Article

The Center for Nonprofit Excellence has just updated its website to better serve and engage nonprofit partners in New Mexico.

At National Philanthropy Day on November 18, 2009, Pamela Chavez, Board President, Association of Fundraising Professionals – New Mexico, presented the President’s Award to the Center for Nonprofit Excellence.

“The recipient of our next award is very near and dear to my heart. The President’s Award is not given every year, awarded only when an... Read Article